Santino is an accomplished musician performing for the last 10+ years as a solo freelance act of Live Guitar and Vocals. He has a varied repertoire of over 250 Cover Songs, which also includes a Crooner Set of “Rat Pack” styled songs. He regularly performs at Weddings, Private Functions and Festivals and also in Hotels, Restaurants, Pubs and Clubs across the UK and Europe.

Santino has a residency at the 4 star Hotel the ‘Radisson Blu Edwardian Hotel’ in New Providence Wharf (London), where he regularly performs in the Scoff & Banter Bar and Restaurant.

Not only is Santino a talented solo artist, he is also the lead Singer in the duo / trio called ‘Sonny and the Harp’ and the ‘B.B. Slim’s Band’  who regularly perform in both London and the South East of England.

Santino provides music therapy and performs to residents with disabilities and dementia in Care Homes across the country bringing live uplifting music into the residents’ lives. He performs in-group sessions and does individual work with the patients.

As well as a full time experienced entertainer, Santino is also an inspirational Musical Director/Conductor, directing choirs including the London Youth Gospel Choir from 2009 to the end of 2013 and the Bellingham Community Gospel Choir from the start of 2014.

He has performed across the country in festivals such as the Edinburgh Fringe and at venues such as The Royal Albert Hall and The Royal Festival Hall.

Santino tutors Vocals and Acoustic/Classical Guitar to students of all ages and has worked as a Vocal Coach with the stage school ‘PopGems Academy’ in Beckenham.

All this combined with a BA (Hons) degree in Music makes Santino a well-rounded, dedicated musician to his art and craft offering a reliable, high quality and professional standard. 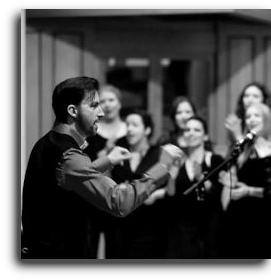 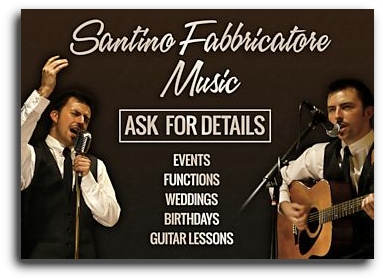